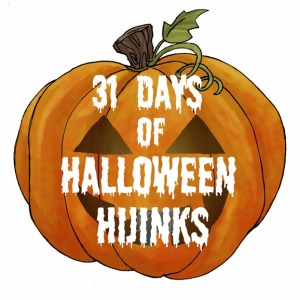 Well, we’re a bit past the halfway point of my 31 Day blog challenge.  I’ve had a lot of fun so far and I still have lots I want to talk about, but I’m not sure if I’ll have time to do it all.  That’s where you come in!

Category One:  Monsters:  Blogs about Freddy Krueger, zombies, and other scary creatures

Category Two:  DIY Halloween:  Blogs about costumes, treats, decorations and the like

Category Three:  Movies, Books, and more:  Blogs about what to watch, read, and enjoy to make this a creepy Halloween season

Category Four:  Halloween Lore:  Blogs about the history of Halloween and the like.

Category Five:  Misc:  Blogs with topics that don’t really fit the molds of the other four categories

Voting will be open until the end of the weekend (Sunday 11:59 pm EST).  I’ll use your responses to shape the rest of this challenge.

Thanks for helping out folks!

If you already know me, you know one of my biggest passions is cinema.  I like movies of every kind and even write reviews and features for Cinema Nerdz (cheap plug) when I get a chance.  I’ll watch just about anything, but in October my tastes lean towards horror movies.  Makes sense, right?  We’re four days in and I’ve already watched three horror movies (Insidious, Dead Snow, and Trick ‘r Treat) and plan to watch plenty more before the month is over.  I hate to admit it, but I still have never seen the original Night of the Living Dead flick.  Kind of sad to admit, but I’m amongst friends, right?  Sad thing is, I’ve owned it for about four years now, so there really is no excuse.  This will be the year…I promise.

Enough of about me though.  I want to get to the review of Trick ‘r Treat which may just be some of the most fun I’ve had watching a horror movie since the first time I saw Evil Dead.  That’s high praise coming from me because I’m obsessed with the Evil Dead franchise.

Written and directed by Michael Dougherty (co-writer of X-2, which is arguably the best X-flick of the franchise), Trick ‘r Treat has the feel of a 90 minute Tales From the Crypt episode.  Doughtery uses the character of Sam (the cute little kid dressed up in the movie poster above) to make sure one town a year is enforcing every rule associated with Halloween.

The narrative for this movie weaves through four separate, but interconnected stories, that resolve themselves in a very satisfying way.  Because of the way Dougherty wrote it, I kept trying to guess all of the connections between each story.  Some I was able to get right, and some I got wrong, but regardless, Dougherty created a flick that I wanted to keep watching because it was so much damn fun.

Where Scream played with the conventions of the horror genre, Trick ‘r Treat plays with the conventions of the actual Halloween holiday.  The writing was clever, the acting was as could be expected for a horror movie (hell, they were able to get Dylan Baker, Anna Paquin, and Brian Cox to join in on the fun too), and it offers up just enough campy and scares to be a top contender for the top of my viewing pile every time Halloween comes rolling around.

The only real weak spot in the movie is Anna Paquin’s storyline, but it’s passable considering how well it gels with the other three stories taking place.  By far, my favorite parts of the movie involved Dylan Baker’s sadistic school principal who purposely uses Halloween to poison trick or treaters with the candy he passes out.

If you’re looking for a fun horror movie that you’ll enjoy from start to finish, look no further.  Trick ‘r Treat is the new gold standard for Halloween movies (move on over Michael Myers, Sam has taken over your spot).

If you’re a bit bummed I haven’t been on facebook lately, I am writing reviews and feature stories for http://www.cinemanerdz.com now. My latest review was for Bridesmaids (WordPress is being lame and not letting me post direct links) and I have plans to review Hangover 2 next! Stay tuned for that! Plus, if you’re a comic geek, stay tuned for a fun little feature story for all the fanboys out there (should be posted around the time of the new X-Men movie).

Ok, back to writing and/or not writing.