Posted by Dane Jackson on January 4, 2013
Posted in: 5 Questions, books. Tagged: #fridayreads, 5 Questions, author, Babel Clash, Borders, comic books, Comic-Con, ebooks, Friday Five, horror, interview, Jeff Mariotte, Mysterious Galaxy, Redondo Beach, San Diego, sci-fi, Season of the Wolf, supernatural thriller, tie-ins. Leave a comment
Jeff Mariotte has had an amazing career in the book industry thus far, and lucky for us, he’s showing no sign of stopping.  My first introduction to his work was a D&D novel called City Under the Sand.  With that novel, I booked him to post on Babel Clash with a handful of other D&D authors.  From there, the two of us kept in contact and I’ve been working on catching up with his backlist ever since.

Aside from all of the work he’s doing on numerous writing projects, Jeff also co-owns one of the coolest genre bookstores around…Mysterious Galaxy.  Click the image below to direct link to their website…lots of great stuff going on there.

As you’ll read from our interview below, Jeff has a very exciting year ahead of him.  If you want to get caught up with one of the hardest working guys in the industry, keep reading.  Trust me…it’s worth it!
Without further delay, see my Friday Five with genre author Jeff Mariotte below.

1) You’ve really had a career that is pretty drool-worthy to this point: publishing, author, comic writer, book store owner. When looking at what you’ve done so far, what are you the most proud of?
That’s a hard question, because any writer who’s been lucky enough to keep working as long as I have has a lot of proud moments. The first time a comic book came out with my name on the cover, then the first novel, were big ones. Getting blurbs from some of the folks I’ve admired for so long, like David Morrell, Don Winslow, T. Jefferson Parker and Michael Connelly (nobody has seen those two yet, but soon…), being nominated for Stoker and International Horror Guild Awards, and winning the first two Scribe Awards ever presented for original fiction. All great moments. And one of the best is when I meet a reader who has liked the work, and that momentary thrill when you learn that they’re a fan–whether it’s Joss Whedon, Harlan Ellison, or a random stranger in a bookstore or comic shop or airport.
But I’m going to have to go with a more personal memory. My father passed away several years ago, after a long struggle with Alzheimer’s disease. One of the last times I saw him, he couldn’t remember who I was, but his natural friendliness still shone through, and he showed me around his room, showed me some books on his shelf–books I had written–and told me how proud he was of his son, the writer. I don’t think anything will ever match that.
2) Speaking of the book store, as an indie store owner, what do you anticipate the landscape of the book world being in the next few years? What are the particular challenges you face?
Bookselling is a challenging business on so many levels. There’s the world-domination plan that Amazon has, like a supervillain bent on taking over without giving any thought to the unintended consequences of that act. There’s the ongoing issue of how publishers can effectively monetize e-books, and how independent booksellers can sell them (our bookstore, Mysterious Galaxy is selling KOBO e-readers and Kobo e-books, and so far, so good). There are the struggles that have always existed in bookselling, which you know as well as anyone–relatively small profit margins, dealing with returns, trying to get those initial orders right, and so on. We’re lucky in that Mysterious Galaxy is blessed with amazing staffs at both locations (San Diego and Redondo Beach, CA), we have a great reputation with authors and publishers, and we continue to exhibit at some of the best book events in the country, including the Los Angeles Times and Tucson Festivals of Books, Comic-Con International: San Diego, the Phoenix Comicon, the relatively new Long Beach Comic and Horror Con, and others, so we’re constantly finding new readers and friends.
3) You’ve got a pretty busy schedule of book releases for 2013 with Season of the Wolf kind of kicking things off. What can fans expect from this one?
Season of the Wolf is a supernatural thriller that, I believe, will keep you up far into the night. I like to write books that build up a head of steam and then don’t let up, so you’ve got to flip the pages until the end. This one’s about a coal-company heir who’s trying to do something positive with his fortune, to make up for what he sees as the environmental devastation caused by the family business. He’s also got some personal secrets weighing on him. He winds up in Silver Gap, Colorado, a little mountain town, at just about the same moment that a pack of incredibly powerful, cunning, and tenacious wolves begin preying on the townsfolk. It’s not a werewolf novel, but these are not quite like any other wolves you’ve encountered, either. And there’s more going on in the little town than just wolf problems. The book’s scary and intense and, I think, maybe a little enlightening at the same time.

Click the image for a chance to win an advanced copy via Goodreads (through Jan. 17th).

4) How does your writing approach change when you’re writing something like Season of the Wolf as opposed to your work with tie-in novels or comic books?
A tie-in novel is necessarily different in that the underlying universe isn’t something that I created, so I have to treat it with a certain amount of respect, and give it back in more or less the same condition it was in when I got it. If I want to kill any characters, I have to either make them up and fit them into the world, or I have to figure out a way to bring them back to life by the end (easier in some fictional universes than others). But beyond that–and the fact that they can be research-intensive, especially if it’s something like Star Trek, with 40-some years of history behind it–the craft is the same. I need to create a compelling plot, populate it with interesting characters, and tell a good story. That doesn’t change, regardless of who the owner of the underlying property is.
With comics, the primary differences are that the individual issues are much shorter than even most short stories, and there’s a collaborative element, because I’m not doing the art. So I have to figure out how much of the story to let the artist tell (as much as possible) and slice my prose down to the barest minimum so I don’t cover up those pictures with word balloons.
5) Any last words?
I’m about to go off and do something a little strange, for me–I’ve been invited to speak at a symposium called “Inside the Mind of a Mass Murderer.”  I was invited thanks to my nonfiction book Criminal Minds: Sociopaths, Serial Killers and Other Deviants, and I’ve been spending the last couple of months doing nonstop research on mass murder. It’s a sad topic, one I wish we never had to talk about, but the research has been fascinating, and I think I’ve come up with some relatively original theories. There may or may not be a book about it down the line. Coincidentally, it’s in Colorado (Vail, not Silver Gap–which doesn’t actually exist), so I get to visit Season of the Wolf country a month before the book comes out.
Other than that, I’ll be busy writing, and I appreciate everybody who buys and reads my stuff!

The History of Batman in Film

For the last four weeks, I’ve been chronicling Batman’s journey through the cinema on CinemaNerdz leading up the release of The Dark Knight Rises today.  As a matter of convenience, I’m including links here to all of those articles in one place for your convenience.  Happy reading and please be sure to let me know your thoughts.  Immediately, you’ll notice a lack of Kevin Conroy as Batman in Mask of the Phantasm.  Unfortunately, due to time constraints, I didn’t have the time to include the Animated theatrical release.  Now that I’m done with the series, I will probably go back and right this wrong as Conroy is an amazing Batman.

Also, keep checking CinemaNerdz.com throughout the day as my review for Dark Knight Rises will be published today.

(EDIT: CLICK HERE for my review of Dark Knight Rises)

So now, without further ado, here is my four-part series of The Batman on film.  Enjoy! 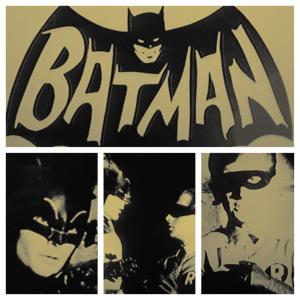 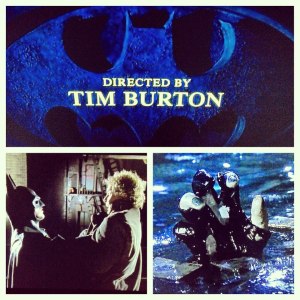 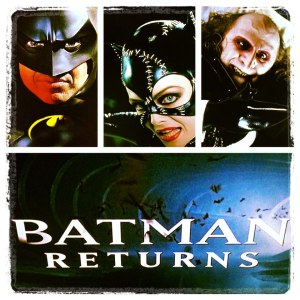 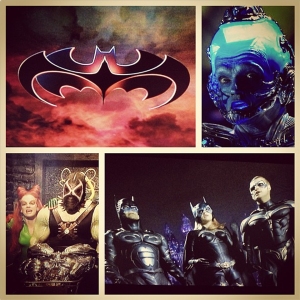 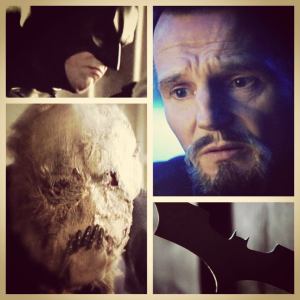 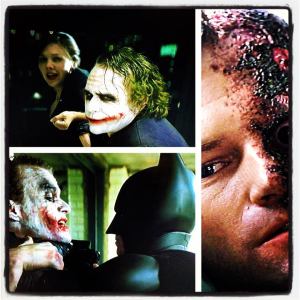 If you’re a bit bummed I haven’t been on facebook lately, I am writing reviews and feature stories for http://www.cinemanerdz.com now. My latest review was for Bridesmaids (WordPress is being lame and not letting me post direct links) and I have plans to review Hangover 2 next! Stay tuned for that! Plus, if you’re a comic geek, stay tuned for a fun little feature story for all the fanboys out there (should be posted around the time of the new X-Men movie).

Ok, back to writing and/or not writing.